Brooklyn Style Pizza - What Is it and Is it Legit?

Welcome back to another entry here at the Streets of New York blog! We're back on our grind talking about pizza and this time we wanted to talk about an even more niche style. While we love our New York-style pizza, there's another NYC-style pizza that pops up on folks' radar. This time on the blog, Brooklyn-style pizza… what is it!?

Brooklyn is a borough of New York City. Boroughs are like smaller cities within the larger metropolis, New York City has five. Brooklyn is the most populous borough of the 5, and if ranked on its own would be the third biggest city in the U.S., after Los Angeles and Chicago.

Brooklyn, originally named for the Dutch village Breukelen, occupies an area along the west end of Long Island. While it was a distinct, separate city it was brought into the greater New York City in the late 1890s. Since then it has held a distinct place in New York City. Now it's a home for hipsters, gentrification, increased home prices, and as a home base for art, design, tech startups and entrepreneurs.

So how did this place get its own pizza?

It was all a lie cooked up by marketers for Dominos!

Brooklyn Style Pizza is What Now?

In 2006 Domino's, that fast pizza chain, decided to coin the phrase 'Brooklyn style pizza.' Those big corporate pizza chains are always trying to cook up something new to sell their fast pizza. Brooklyn style, as most people here it at least, is no different.  It had a thin crust with cornmeal on the crust to make it crispier and used "extra-large Brooklyn-style sausage or pepperoni."

Most local spots in Brooklyn don't use cornmeal on the crust, and they're not known for exceptionally larger pieces of meat, at least not any bigger than most places. So is Brooklyn-style pizza even a real thing?

Sort of. But it's not as well defined as the corporate goofs at Dominos would have you believe.

Some Brooklyn pizzerias will use slices of fresh mozzarella, and sprinkle Romano cheese and the sauce is less sweet as compared to other tomato sauce. But again, this isn't a definitive style like we can identify when it comes to New York-style (or Chicago style).

If Brooklyn has become a home for tech startups and hipster tastes maybe you could say Brooklyn is being home to some inventive new pizza tastes but not really a single style.

So who wins in the Brooklyn Style vs New York Style face-off?

Well, it's clear, isn't it? The pizza style that's world-famous and real!

New York Style pizza is all about the high gluten flour that makes for a chewy, foldable crust so you can take a big slice covered in toppings, fold it over, and eat it one-handed while you're busy making moves.  We made a whole blog on this style so read on if you want to know more about what makes New York pizza New York pizza?

New York Style pizza from Streets of New York is the real deal! It's the thick and crispy edge, we do use cornmeal on the bottom of our crust for that perfect crisp! The large, thin, foldable slice make for tons of flavor in every bite. We top that off with the best toppings you can find. We use only the highest quality tomatoes from volcanic rich soil in Naples, sausages prepared to our exact specifications, and only the freshest ingredients so that each pizza, each slice, is the best slice of pizza our customers have – New York style or otherwise! 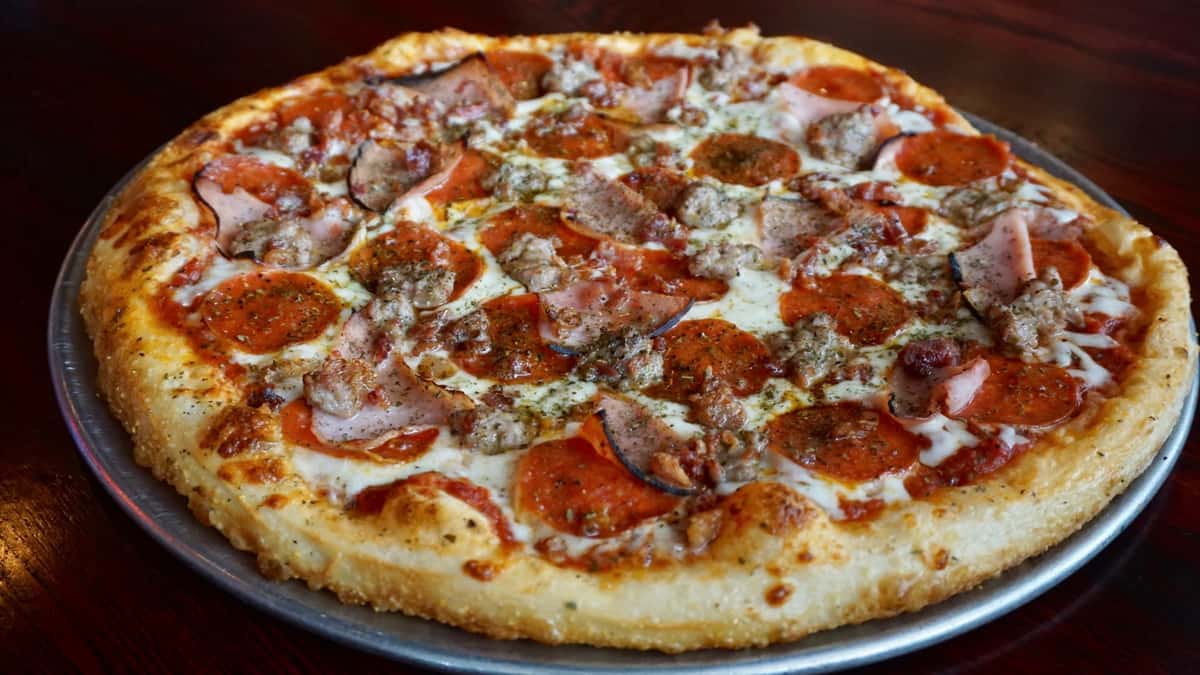 Mouth watering? We understand. Place your order for delivery or visit one of our many shops, Valley-wide! No matter where you are in the Phoenix there's a Streets of New York near you – so go ahead and place your order! You'll be eating in no time.