Brush Up on Bruschetta

So what's up with Bruschetta? Is it the bread? The topping? You might not be aware of what constitutes this classic appetizer so let's dive right into it and talk about what bruschetta is, what makes it such a great app, and more! This time on the Streets of New York blog – brushing up on bruschetta!

And before we go any further it's pronounced broo-SKEH-tuh, not broo-SHEH-tuh.

Anybody who has spent any time at an Italian restaurant, or an upscale wine bar has seen it on the menu, usually with some extra twist.

Bruschetta is a simple enough dish when you lay out the base components, a grilled bread rubbed with garlic, topped with olive oil and salt – that's it! Of course, that's not all we offer with ours, but that's the most simple version of bruschetta.

Like many other Italian foods, bruschetta has a wide range of regional varieties – some of which aren't real bruschetta! If there's tomato sauce on top - it's not bruschetta.

The most popular type of bruschetta out there is toasted bread served with fresh tomatoes, garlic, basil, salt, and of course, olive oil!

In Tuscany, the way to enjoy bruschetta is with toppings like chicken liver and Tuscan kale (also known as Lacinato kale, or black kale).

Abruzzo bruschetta is topped with a specific local pork salami you can't get anywhere else.

Sardinian bruschetta uses a thin, crisp bread topped with olive oil and salt. Those Sardinians do it simple.

Ok, we may not be a region of Italy but hey, we have got to showcase our own goods! 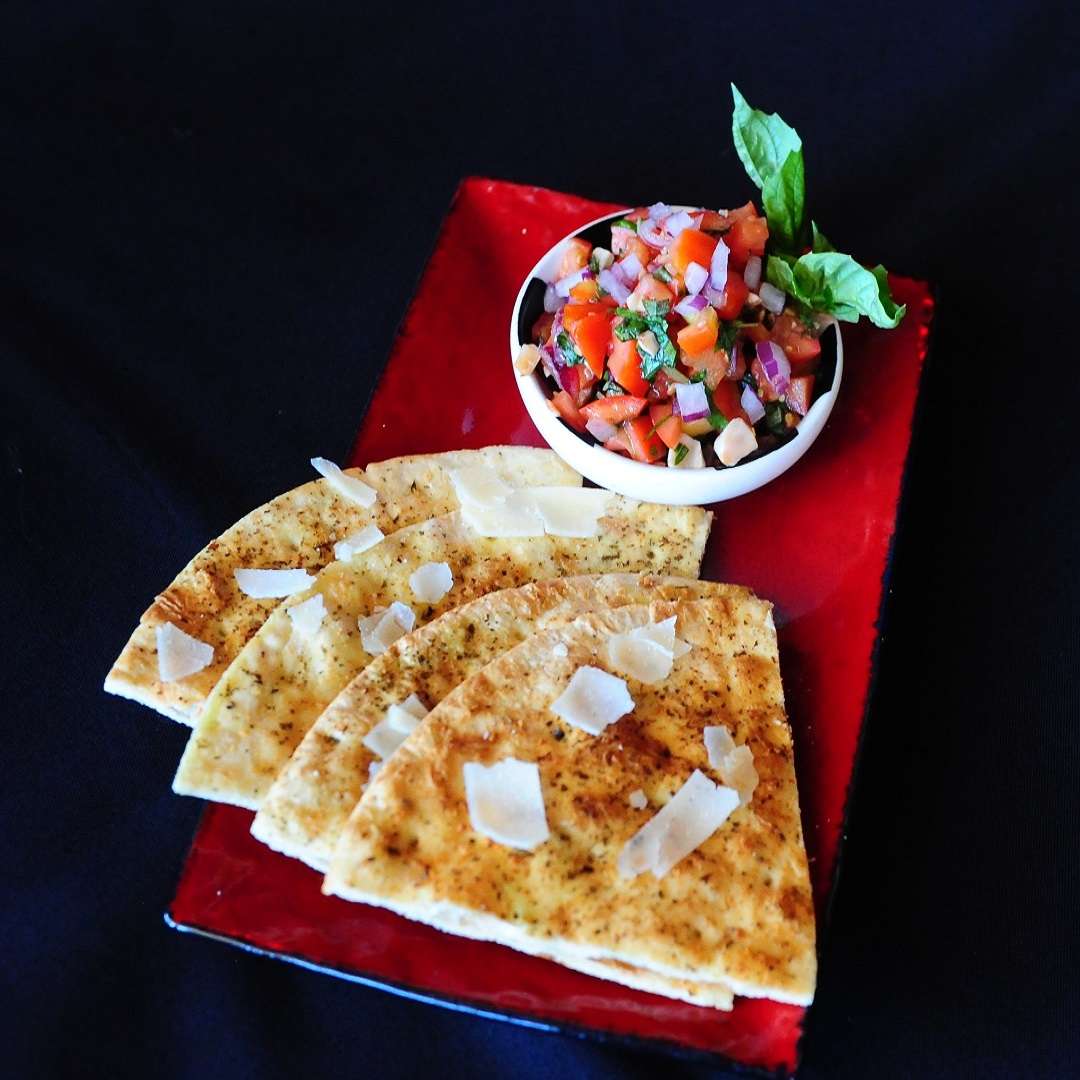 On a dark and stormy night in Gotham City, a young – wait, wait no that's not right. Sorry I got the wrong script! Here we go!

Back in Ancient Rome, olive growing was the business. But how would you know your olives were worth taking to market? You tested them of course! For those who made olive oils, they would take a batch of olive to their friendly neighborhood olive press and get a taste of their olive oil. Using a simple slice of bread – the bread was a delivering device for the pure olive oil.

It was also used to feed those doing manual labor and as a way to use bread that had gone stale. Drizzle it with olive oil and you don't mind the stale bread so much!

Fast forward a couple of thousand years to Italy in the 1400s and it became a more frequent food of the people!

If you take away only one thing from this bruschetta boot camp it should be this: bruschetta is all about the fresh toppings. There's no way to have a good bruschetta if the ingredients are anything but good. The bread and olive oil are the focus here. Nail that and you'll be golden.

Want to taste great bruschetta? Order some today (and don't forget the pizza while you're at it)! Streets of New York has your Italian food covered!